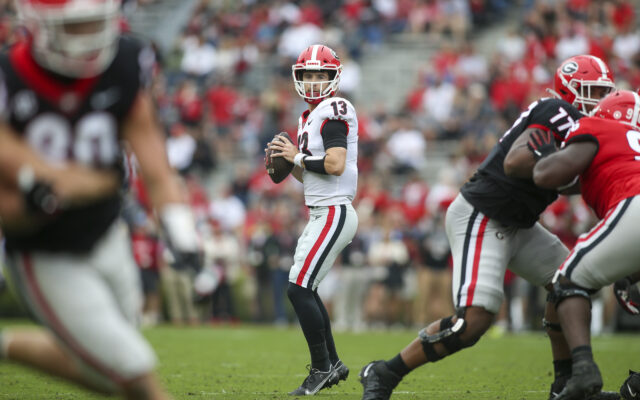 FILE - Georgia quarterback Stetson Bennett (13) looks to pass in the first half of Georgia's spring NCAA college football game on April 16, 2022, in Athens, Ga. The Bulldogs lost five first-round NFL draft choices from last year's team on defense, but they get Bennett back, potentially adding to his remarkable story as a former walk-on who was the offensive MVP of the national semifinals and national championship victory against the Crimson Tide. (AP Photo/Brett Davis, File)