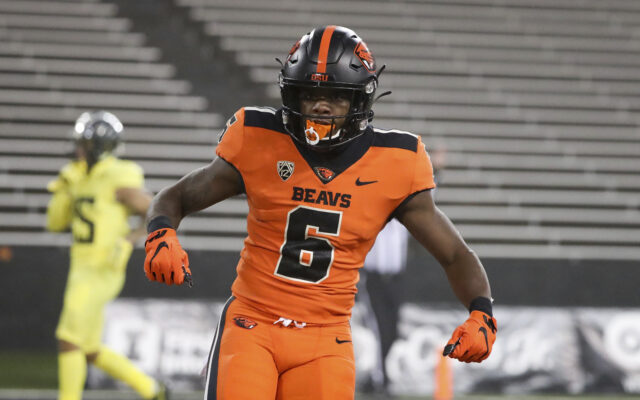 The Lions snagged Jefferson No. 257 overall (30th in the seventh round).

He was a stud in his time with the Beavs. Jefferson ran for 2,923 yards and 27 touchdowns in his three seasons with Oregon State. He also had 43 catches for 299 yards and two receiving TDs.

His first season was clearly his best with 1,380 rushing yards and 12 TDs with 25 receptions for 147 yards.

Jefferson joins Nahshon Wright as the only Beaver players picked in the 2021 NFL Draft. Wright went to Dallas No. 99 overall.