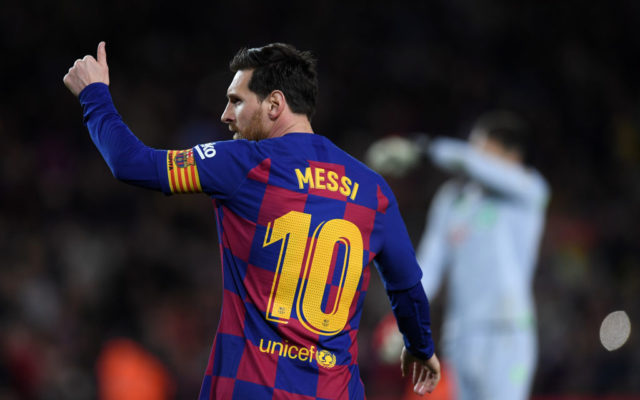 ESPN reports the money will come from Messi’s salary but not his endorsements. Forbes’ list of highest-paid athletes revealed Messi made $127 million between his salary and endorsements in 2019.

Other clubs, including Borussia Dortmund (last week) and Juventus (over the weekend), announced cuts for “playing staff” due to the spread of the coronavirus.

Spain is one of the hardest-hit countries with 85,195 cases and 7,300 deaths, according to numbers released on Monday.