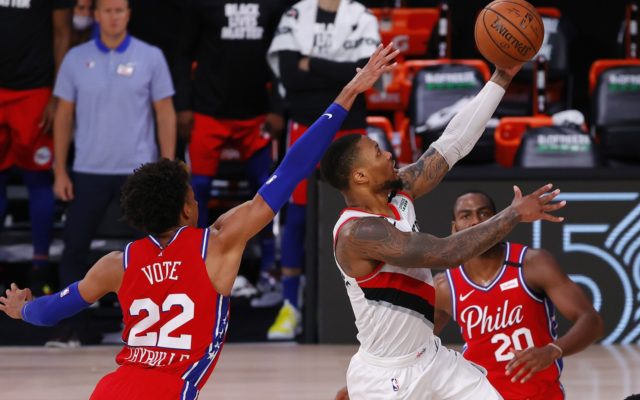 Collectively the Blazers improve to 4-2 in the bubble, bringing their overall record to 33-39.  That puts them a half-game behind Memphis (33-38).  Portland’s next two games are Tuesday against the Dallas Mavericks and Thursday against the Brooklyn Nets.   Memphis lost Sunday to the Raptors, with their two final regular season games coming against Boston and Milwaukee.

Should Portland overtake Memphis for the 8-seed, they will need to defeat the eventual 9-seed once to earn a matchup with top-seeded LA Lakers in the first round of the playoffs.  A finish as nine-seed necessitates two victories over the eventual 8-seed (likely Memphis) to get into the first round.  The Phoenix Suns, winners of five straight in the bubble, are also surging toward the 8-9 race at 31-39 (1.5 back of Memphis, 1 back of Portland), and the Spurs are in the mix as well at 31-38.

Tip off Tuesday between the Blazers and Mavericks is set for 4pm on TNT.