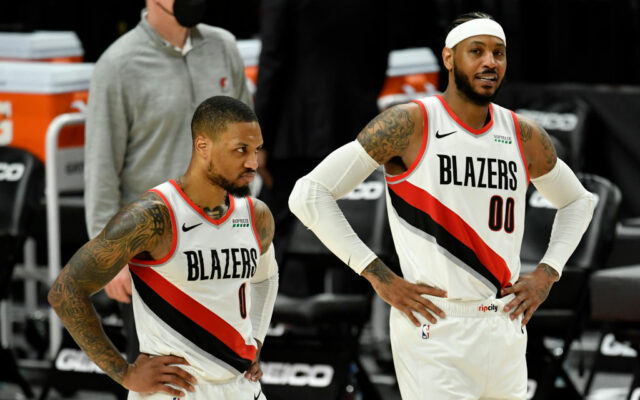 The Portland Trail Blazers finished the first “half” of the NBA season on a high note after beating the Sacramento Kings, 123-119, on Thursday night.

Damian Lillard went for 44 points on an efficient 13-of-26 shooting (8-of-15 from three). The Blazer All-Star guard also had seven assists, a rebound and a block.

The Blazers ended the game on a 20-11 run, including an incredible 10-0 run from Lillard alone where he went 4-of-4 with two made threes.

Jones Jr. and Covington filled the stat sheet in other departments. Jones Jr. had four assists, four rebounds, a steal and a block, while Covington finished with six rebounds, three steals, three blocks and an assist.

Meanwhile, the only other Blazer to score in double figures was Carmelo Anthony, who poured in 16 points off the bench.

The win over the Kings marks the Blazers third straight win before the All-Star Break which officially started on Friday.

Portland enters said break at 21-14, and they sit at No. 5 out West. The Blazers are 1.5 games behind the LA Clippers for fourth and half-a-game ahead of Denver for sixth.

Portland will have three representatives in the All-Star festivities on Sunday.

For the Blazers, the second half of the NBA season starts next Thursday (March 11) with a home date against Phoenix, tip-off at 7 p.m. PT.