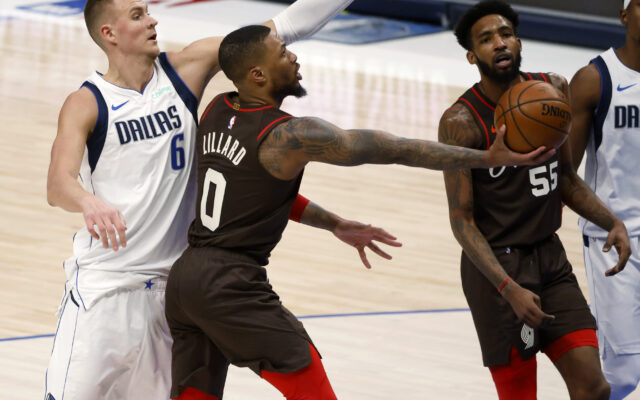 The Portland Trail Blazers picked up three wins in four nights, including two over the weekend.

Thursday, they topped Philadelphia. Then on Friday, the Blazers finally won both games of a back-to-back by beating Cleveland 129-110. Finally, on Sunday against the Mavs, they needed some Damian Lillard magic.

In Portland’s win against Dallas, Lillard scored or assisted on 30 of the team’s 45 points in the third quarter. The Mavs scored 30 points as a team in the third.

Unfortunately for the Blazers, Dallas made a run. Portland started the fourth up 10 and led by as many as 12 points.

Then, Dame Time came up clutch. With a chance to take the lead, Lillard hit a straightaway-top-of-the-key three to put Portland up three AND gave the Blazers a two-for-one opportunity in case Dallas tied it.

Well, the Mavs didn’t tie it. Instead they got a quick dunk from Luka Dončić to get within one, 119-118.

Finally, Derrick Jones Jr. made a layup with 6.9 seconds left. Dončić couldn’t convert on his game-tying three, and the Blazers won 121-118.

Portland has now won four straight games, which is tied for their longest winning streak of the season.

Despite all the injuries, the Blazers sit at No. 5 in the West behind Utah, both LA teams and Phoenix.

Next, the Blazers continue their three-game road trip with a battle in Oklahoma City on Tuesday (5 p.m. tip). The last game of the trip is Wednesday at New Orleans (6 p.m. tip). 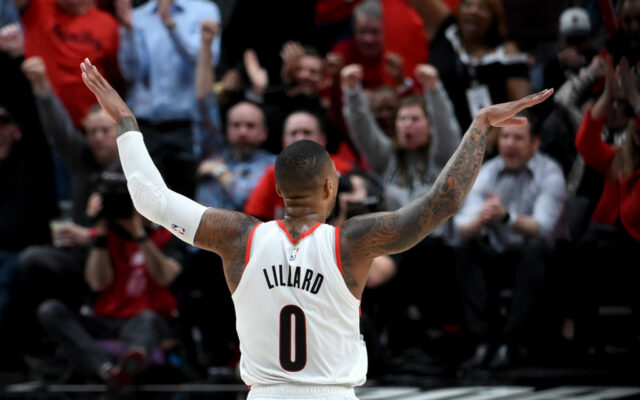