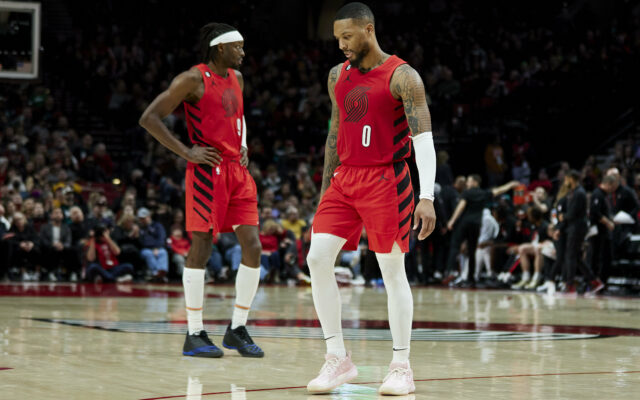 The Portland Trail Blazers were sitting pretty for the first 38 minutes of Thursday’s game against the Cavaliers.

But Donovan Mitchell and Darius Garland took control late for Cleveland as the Cavs finished the game on a 20-9 run despite not holding their first lead until there were less than five minutes remaining.

Mitchell finished with a team-high 26 points, including consecutive 3-pointers despite having defensive stalwart Gary Payton II defending him.

Damian Lillard did all he could for the Trail Blazers, using an array of offensive moves to rack up 50 points on the night. He put up an efficient line of 16-28 shooting, including 5-13 from deep and 13-15 from the line. He also committed just one turnover

Thursday’s loss was the Trail Blazers fifth straight defeat and ninth in 11 games. It doesn’t get any easier for Portland, as they host a back-to-back against Luka Doncic and the 4th place Dallas Mavericks.