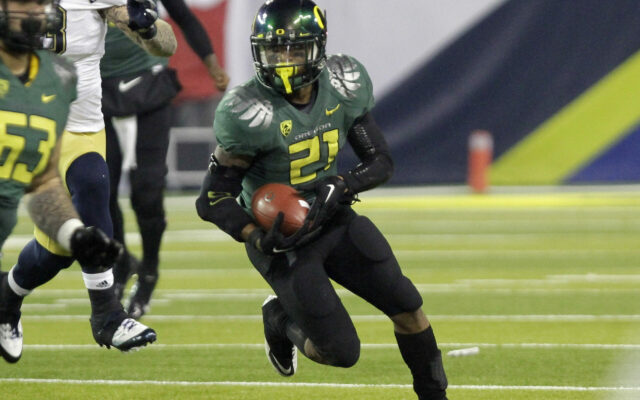 Legendary Ducks running back, LaMichael James, will be inducted into the College Football Hall of Fame in the class of 2023.  James is Oregon’s 2nd all time rusher with 5,082 yards in only 3 seasons.  He is also 2nd in career rushing touchdowns with 53, and tied for 1st in single season rushing touchdowns with 21.  James then went on to become a 2nd round pick of the San Francisco 49ers.  While he was at Oregon, the Ducks compiled a 34-6 record, which included going to 2 Rose Bowls and also a spot in the BCS National Championship game where Oregon lost to Auburn.  James was a 2 time All American in his career and is on of the all time greats at the University of Oregon.