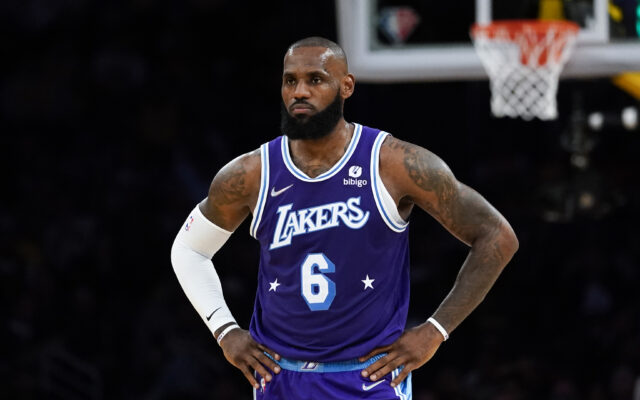 The Lakers have been eliminated from playoff contention after losing 121-110 to the Phoenix Suns on Tuesday night.

Los Angeles played 21 games this season where LeBron James, Anthony Davis and Russell Westbrook were all available.  They went 11-10 in those games.

Their loss, along with the Spurs 116-97 win in Denver and the Pelicans 123-109 victory in Sacramento, officially stamps a play-in matchup between San Antonio and New Orleans.  Both teams will be the nine and ten seeds in the West, with only home-court advantage in that game still to be determined.

The Portland Trail Blazers are rooting for San Antonio in that game.  Portland will acquire New Orleans’ first-round pick in this year’s draft if the Pelicans do not advance out of the play-in tournament.

To advance out of the play-in tournament, the Pelicans would have to beat the Spurs in the 9-10 play-in game, then also beat the winner of the 7-8 play-in game, a matchup still to be determined.  If New Orleans cannot win both games, then Portland acquires their first-round pick.  If the Pelicans somehow do win both and advance to the playoffs, they will keep their first-round pick, and Portland won’t realize any draft pick until 2025, and by then, the pick Portland will acquire will be the first-round pick of the Milwaukee Bucks, a pick that would figure to be much-less desirable than a probable lottery selection from New Orleans this year.

The Blazers natural first-round pick will be revealed at the NBA Draft Lottery on May 17th.  Portland likely will hold the sixth-worst record in the NBA by season’s-end.  They are 27-52 following a most recent loss Tuesday night at Oklahoma City.