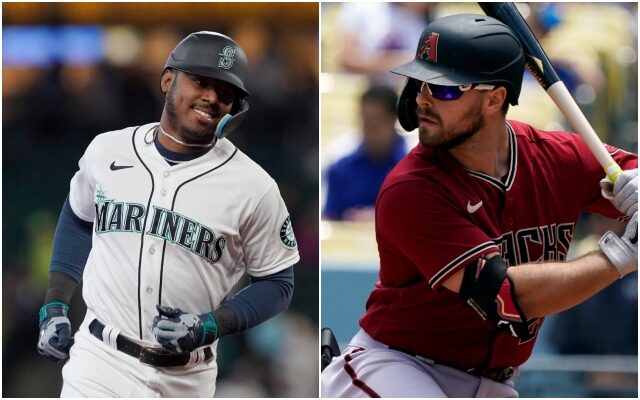 The Seattle Mariners traded former AL Rookie of the Year Kyle Lewis to the Arizona Diamondbacks on Thursday in exchange for outfielder/catcher Cooper Hummel.

Hummel returns to the Pacific Northwest after starring in high school at Lakedrige H.S. in Lake Oswego and playing three seasons of college baseball at University of Portland.

Trade news: The Seattle Mariners and Arizona Diamondbacks are in agreement on a trad that will send outfielder Kyle Lewis to Arizona and outfielder/catcher Cooper Hummel to Seattle, sources familiar with the situation tell ESPN. A 1-for-1 exchange.

Love a good challenge trade, and this one between Seattle and Arizona qualifies. Kyle Lewis, 27, is mega-talented and won ROY in the COVID season. He should get a full-time shot in Arizona. Cooper Hummel, 27, is a late-blooming OBP machine with excellent positional flexibility.

Hummel hit three home runs in his debut season in 2022 with the Diamondbacks, and finished the year playing 66 games and hitting .176/.274/.307.  Hummel is a switch-hitter.  He originally entered pro ball as an 18th round draft pick in the 2016 MLB amateur draft by the Milwaukee Brewers.