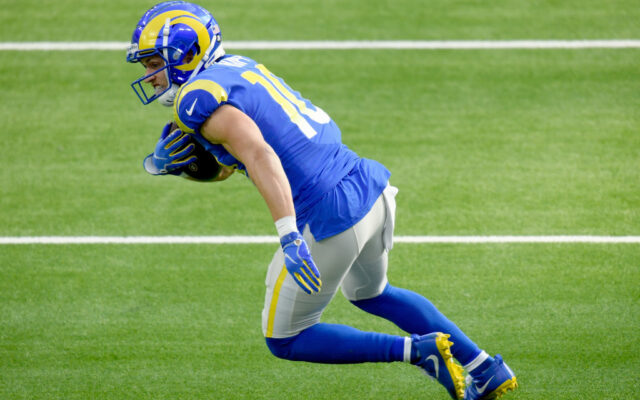 We don’t know who the LA Rams quarterback will be, but whoever it is, he could have Cooper Kupp on Saturday.

The team activated Kupp off the Reserve/COVID-19 list on Wednesday. As ESPN’s Adam Schefter notes, that puts Kupp “on track” to play in the Wild Card game with Seattle.

Rams announced they activated WR Cooper Kupp from the reserve/COVID-19 list, putting him on track to play Saturday vs. the Seahawks.

Kupp is the leading receiver on the Rams with 92 receptions and 974 yards, despite missing Week 17 due to COVID protocols. He is third on the team with three touchdown receptions.

In the two games against Seattle this season, Kupp logged 13 catches for 106 yards total. He also did not score.

You can hear the Rams-Seahawks game on Saturday via Westwood One on our airwaves, AM 750. Kickoff is scheduled for 1:40 p.m. PT.