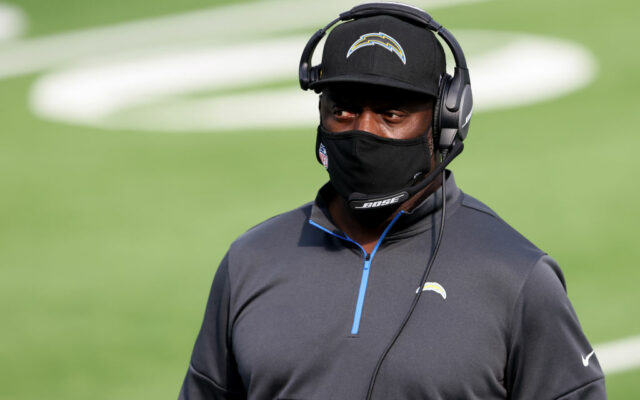 The Chargers went 5-11 in 2019, which allowed them to draft Oregon quarterback Justin Herbert in the 2020 NFL Draft.

After Herbert started the season on the bench behind Tyrod Taylor, he took over when a team doctor punctured Taylor’s lung.

Coach Lynn struggled during his Chargers career to hold leads, and the last two seasons were no different.

Ultimately, owner Dean Spanos decided to make the change now instead of prolonging the decision and stunting Herbert’s growth down the road.

The Chargers join a list of five other teams searching for their next head coach.