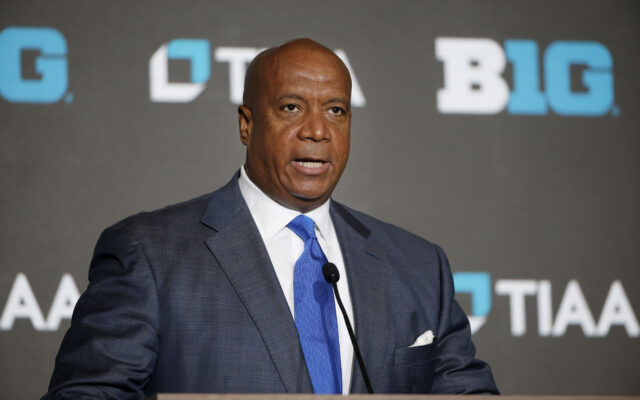 The Chicago Bears named Big Ten commissioner Kevin Warren as their president and CEO on Thursday.

Warren will replace outgoing president Ted Phillips, who announced last September that he would retire after the  season.

Warren will oversee GM Ryan Poles as well as business operations of the club. Poles currently reports to chairman George H. McCaskey. That change that took place when he was hired as GM in January 2022. Previous general managers had reported to Phillips.

The Big Ten’s presidents and chancellors said in a statement that they will work with Warren “during this transition phase” and begin a search for a new commissioner.

Warren made waves locally last summer when USC and UCLA announced that they would be leaving the Pac-12 for the Big-10 in 2024.