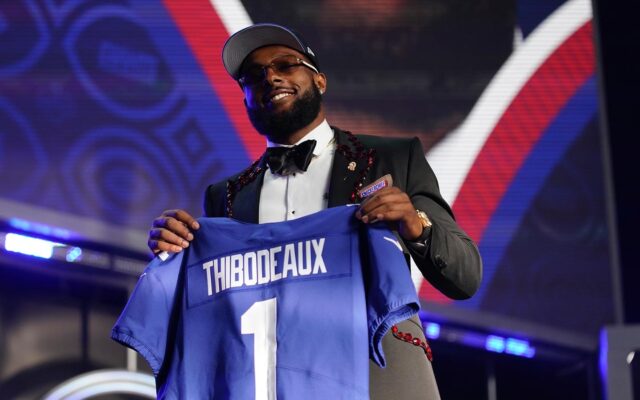 The injury to Kayvon Thibodeaux — it does NOT look good #NYG pic.twitter.com/soHfsbMoef

The good news for Thibodeaux and Giants fans is that the ACL and Meniscus is still intact.  Even though the block by Moss looked very nasty.  It was not ruled a penalty as that type of block is deemed legal in the NFL.  The Giants hope that the rookie will be available for the regular season opener against the Tennessee Titans in Tennessee on September 11th.  Kayvon Thibodeaux was having a strong preseason and strong training camp for New York.