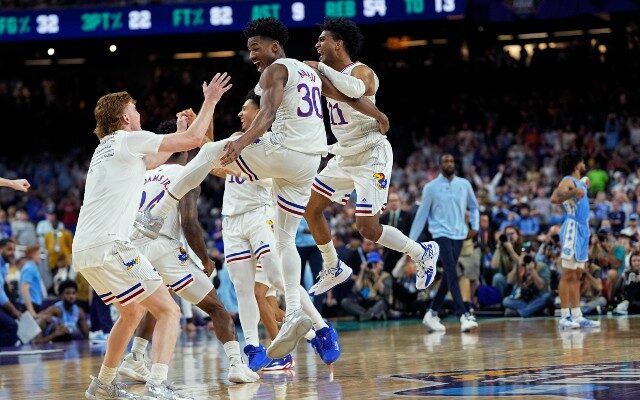 Carolina surged in the first half to a 40-25 halftime lead.  But Kansas displayed the urgency it needed in the second half, outscoring UNC 47-29 in the frame.