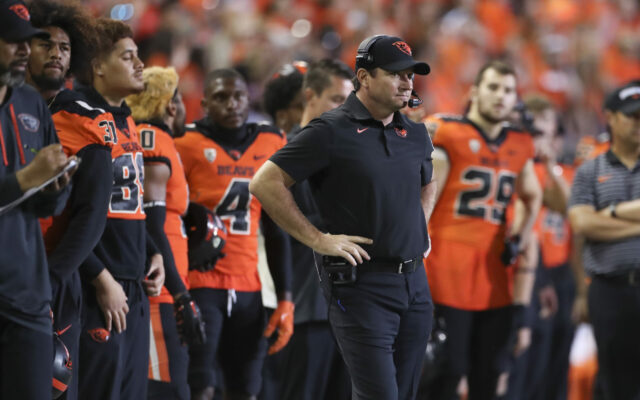 The Oregon State Beavers shone on defense, but struggled on offense, coming up just short of upsetting another top-ten USC team in Corvallis.  The Trojans scored 10 of their 17 points in the fourth quarter including the go-ahead score with 1:13 remaining to beat the Beavers, 17-14.

Oregon State led 7-3 at halftime, and still led by that score entering the fourth quarter. But quarterback Chance Nolan threw four interceptions, three in the second half, including one to end Oregon State’s final drive and seal the win for USC.  The Beavers also missed a 46-yard field goal in the fourth quarter.

The loss is the first of the season for Oregon State (3-1, 0-1 Pac-12).  The Beavs continue conference play next week visiting a strong Utah team, despite the loss of Utes starting tight end Brant Kuithe for the season after a knee injury suffered at Arizona State.

Utah opened as an 11-point home favorite over the Beavs.  Kickoff is set for 11 a.m. on Pac-12 Network from Salt Lake City.