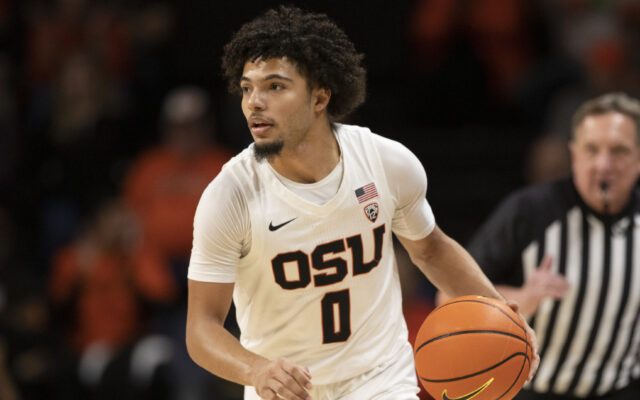 Oregon State freshman point guard, Jordan Pope, was named Pac 12 freshman of the week for the 2nd time this season.  The Beavers went on the road and split the Bay Area road trip losing to Stanford but beating Cal on Sunday.  The win over Cal was the Beavers first road win in their last 25 games away from home.  Jordan Pope led the way in the win.  He had 19 points on 8-12 shooting in the 68-48 win over the Golden Bears on Sunday.  For the week, Pope averaged 13.5 points, 3.5 rebounds and 3.0 assists.  Even though the Beavers are struggling this season.  Jordan Pope has been a bright spot for the team.  Leading the conference for freshman in scoring, assists, minutes, threes made and FT percentage.

#Pac12MBB Freshman of the Week, presented by @Nextiva: Jordan Pope 🦫