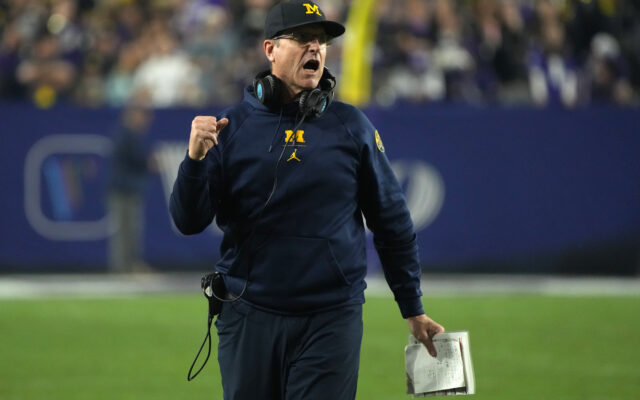 It has been a wild ride for Michigan coach, Jim Harbaugh, this year.  Michigan went 13-0 and made the College Football Playoff for the 2nd consecutive season.  Then they lose to TCU as over a touchdown favorite.  There then was a report of an investigation into the Michigan program for breaking some rules during Covid.  Harbaugh then put out a statement saying he is “expecting” to stay at Michigan.  But that seems like it may not be true after all.  According to Tom Pelissero, Harbaugh had an interview with the Denver Broncos on Monday for over 2 hours and has emerged as a top candidate for the franchise.  The Broncos acquired Russell Wilson in the offseason and had a very disappointing season this year ending up at 5-12 on the season and firing head coach Nathaniel Hackett.

The #Broncos conducted a virtual interview Monday with Jim Harbaugh for their head coaching job, per sources.