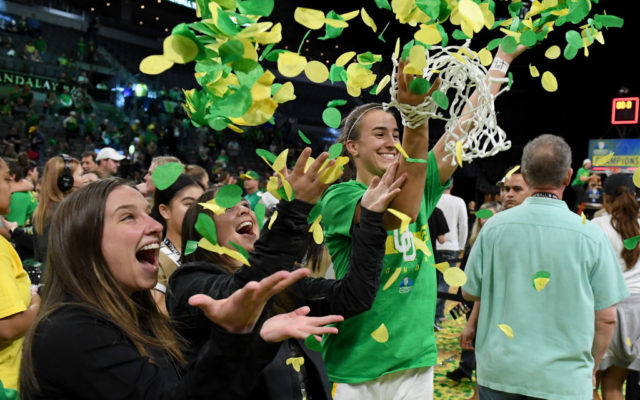 Oregon’s Sabrina Ionescu just continues to add lines to her resume. She won the Wade Trophy for a second consecutive season as announced by the Women’s Basketball Coaches Association on Thursday.

The WBCA also revealed their list of 10 All-Americans. Ionescu’s Duck teammates, Ruthy Hebard and Satou Sabally, joined her on the list of the WBCA’s All-Americans.

The Wade Trophy is given annually to the top women’s basketball player among sophomores, juniors and seniors.

Last year, Ionescu was the only junior on the list of 10 All-Americans from the WBCA. She’s earned the WBCA All-American honor three times in her career.

Ionescu still has two more awards she can add to the trophy case. She is a finalist for the Wooden Award and Naismith Award.

OSN Column: Why The Oregon Ducks Will Take Down Ohio State This Weekend