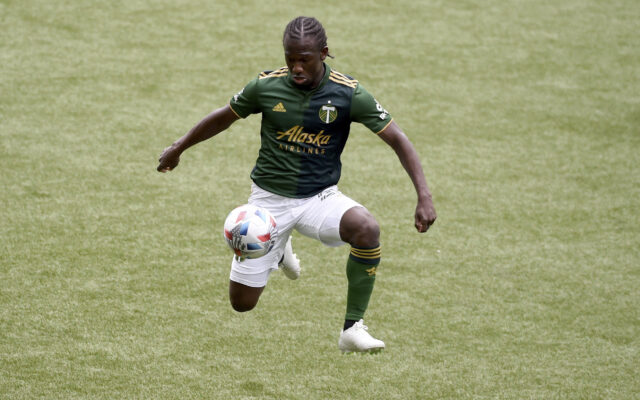 The Portland Timbers were dominant Wednesday night at Providence Park but ultimately settled for a draw with the San Jose Earthquakes. Portland had lost two on the bounce entering tonight and with just the one point Portland stays on the outside looking in of a playoff spot in the Western Conference.

Portland doubled the Earthquakes shots and had the majority of possession but San Jose got on the board first nonetheless. Steve Clark fumbled a cross that fell right to the feet of Javier Lopez who slotted it home in the 24th minute. Portland responded well, controlling the following 20 minutes and equalized when Felipe Mora converted a unique finish from a corner during the first-half stoppage time.

Substitutes played a big role for the Timbers: Alijaz Ivavic came in for injured keeper Steve Clark capturing a 50-minute long clean sheet. The Gold Cup champ himself Eryk Williamson came on at halftime for his first time back in a Portland jersey in a month and notably Sebastian Blanco looked his best since returning from injury.

It was a frustrating match and the second-half felt like three points or bust after the Mora equalizer but San Jose was able to hold onto the draw to remain undefeated for over a month. Portland had several high-profile chances but the disciplinary actions were more of note than the score itself. There was a second yellow card for Diego Chara in the 90th minute which sent him off and soon after the squads had a pushing skirmish that resulted in more yellows. Even after the match the teams got into a midfield pushing and shoving argument.

For Portland, the draw keeps them undefeated at home in the all-time series against San Jose (10-0-4). The Timbers are still on the periphery of a Western Conference playoff spot moving to 6-8-2 on the campaign, good for 20 points. The next match is another 7:30 PM kickoff at Providence Park against Real Salt Lake on Saturday.