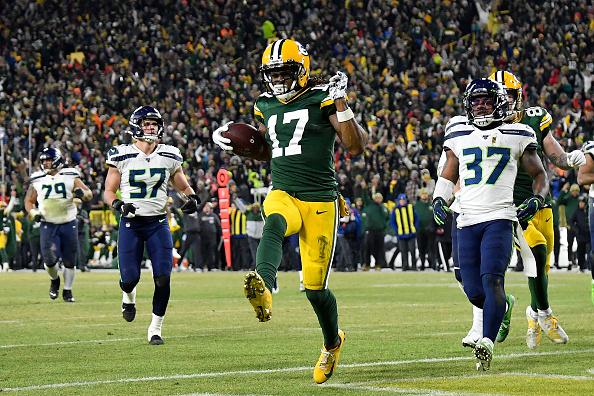 Russell Wilson carried the Seahawks on yet another comeback, this time from a 21-3 halftime deficit, but it wasn’t enough as the Seahawks fell to the Packers 28-23. Aaron Rodgers connected with Davante Adams eight times for 160 yards and two touchdowns, Green Bay’s spruced-up defense held off a late rally, to reach the NFC championship game for the third time in six years.

Russell Wilson had 341 combined rushing and thrwing yards and led three straight TD drives for Seattle to start the second half. But with the ball back with a chance to take the lead late, the Packers got to Wilson on 3rd down for a Preston Smith sack. Seattle punted and never got the ball back.

Marshawn Lynch had 26 yards on the ground with 2 TDs.

Aaron Jones rushed for 62 yards and two first-half scores for the Packers , who will travel next weekend to take on top-seeded San Francisco.