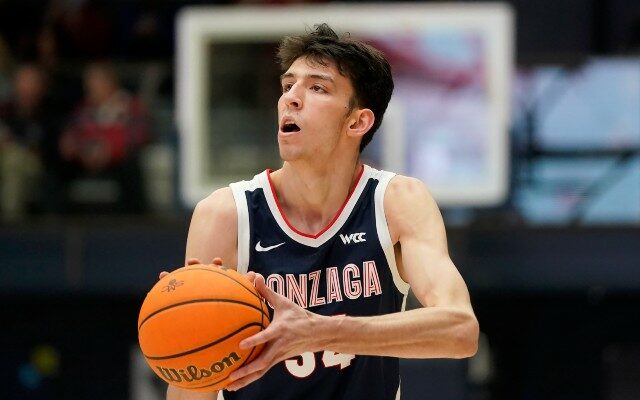 The Gonzaga Bulldogs are the top overall seed  in the 2022 NCAA Tournament, and they will begin their run at a hopeful return to the championship game this week at Moda Center in Portland.

The Zags are the West Region’s top-seed, and face 16-seed Georgia State in the opening round on Thursday.

Also representing the West Region among the Portland visitors is 8-seed Boise State, the regular season and tournament champions out of the Mountain West Conference.  The Broncos will face 9-seed Memphis, runners-up in the American Conference tournament, led by head coach Penny Hardaway.

In the East Region, the 4-seed UCLA Bruins are coming to the Rose City and will face 13-seed Akron on Thursday at Moda Center.

Rounding out the Portland field is St. Mary’s out of the WCC.  The Gaels are the 5-seed in the East Region and will face the 12-seed play-in winner between Wyoming and Indiana, who meet on Tuesday.

The full schedule for Thursday’s first-round action in Portland on March 17th: