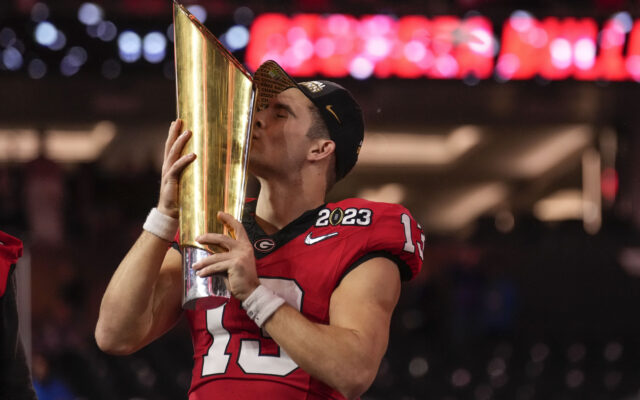 The no. 1 Georgia Bulldogs capped an undefeated season with a dominant 65-7 win over TCU to claim their second straight national championship.

Georgia dominated TCU from the opening kick, taking advantage of a pair of first half interceptions from TCU quarterback Max Duggan, to take a 38-7 lead into the half.

His counterpart Stetson Bennett played like he had been there before, throwing four touchdown passes and running for two more. Bennett left the game to cheers with more than 13 minutes left in the 4th quarter.

Since 1990, the only other schools besides Alabama to win back-to-back national titles are Nebraska (1994 and 1995) and USC (2003 and 2004). This time, Georgia did it without five first-round NFL draft picks from last season’s national championship defense.