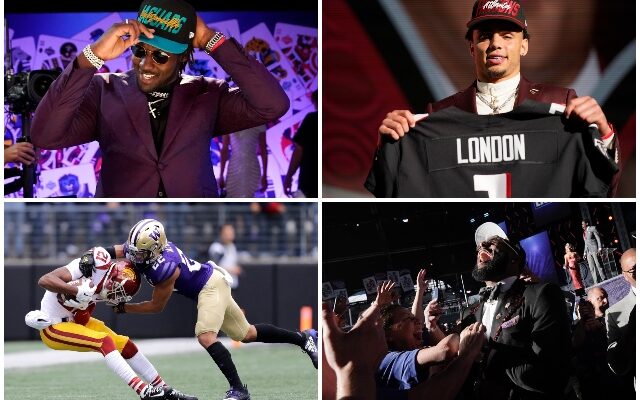 The Pac-12 Conference saw four prospects taken in the first round of the NFL Draft on Thursday night.

Washington Huskies cornerback Trent McDuffie went No. 21 overall to the Kansas City Chiefs.  The Chiefs traded up from No. 29 overall with the New England Patriots to select McDuffie.

And Utah linebacker Devin Lloyd was taken No. 27 by the Jacksonville Jaguars, who, like the Chiefs, traded up with Tampa Bay to select Lloyd.

The reigning national champion Georgia Bulldogs had five players taken in the first round, all from their defense.  Those five defensive selections are a new record for most players taken from the same unit in NFL Draft history.  New Oregon Ducks head coach Dan Lanning was Georgia’s defensive coordinator before coming to Eugene.

This  marks the third straight year the Oregon Ducks have had a prospect taken in the top ten of the draft, with Justin Herbert going No. 6 overall to the Chargers in 2020, and Penei Sewell going No. 7 overall to the Lions in 2021.

It is also the third straight year the Ducks have produced the Pac-12’s highest draft pick.