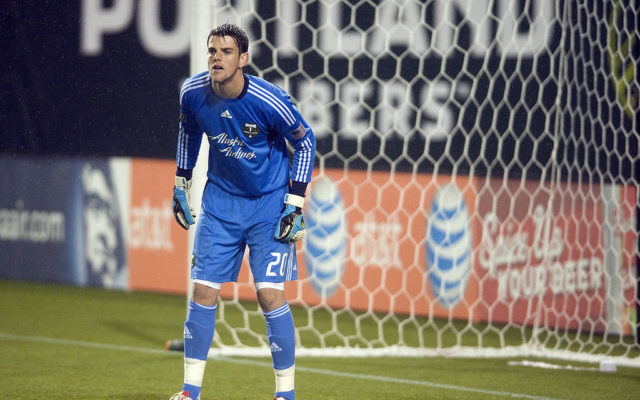 Edelson and Greenleaf are listed as Sports Medicine Oregon/Orthopaedic Surgeon on Timbers.com.

Goldberg reports, Gleeson also contends the doctors, the surgery center and Oregon Sports Medicine Associates “committed medical negligence and battery by selecting a risky procedure to repair bilateral stress fractures in his tibias, failing to properly sterilize metal implants inserted into his tibias and failing to remove a metal implant from his right tibia when it became infected”.

The Timbers cannot comment on pending litigation, a team spokesperson said, according to Goldberg.

Gleeson’s timeline of the injuries look like this. He developed shin pain in both legs during summer 2018, and Edelson diagnosed him with tibial stress fractures in August 2018. Goldberg reports medical records show “Edelson inserted metal plates and screws into both of Gleeson’s tibias during a surgery on Aug. 15, 2018.”

Goalkeeper Jake Gleeson has undergone successful surgery to repair bilateral tibial stress fractures, and is expected to be out approximately two months.

Less than a month after the surgery, Gleeson thought he was on track to return to play, but he noticed “redness and puffiness” in his right shin.

So, he underwent a second surgery on his right tibia, Sept. 14, 2018, where Greenleaf “cleaned the infected area, but opted not to remove the metal plate” which was later removed by Edelson on a third surgery 12 days last on Sept. 26, 2018. Since those first three surgeries, Gleeson had eight more surgeries on his right tibia “over a six-month span”.

A second surgery on Gleeson’s left tibia, on Oct. 2, 2018, removed the plate in that leg after an infection developed. Gleeson had a third surgery on his left tibia after the plate was removed.

Claims in the lawsuit state the defendants were negligent in “failing to remove the infected metal implants from the plaintiff’s right tibia” during surgery No. 2 on his right leg, and during the initial Aug. 15 surgery by “placing metal surgical devices into plaintiff when they knew or should have known there had been a breach in the surgical sterility field.”

It’s been almost two years since that first surgery, and Gleeson tells Goldberg that “he remains in constant pain and can no longer perform many athletic tasks,” also “he can’t run for an extended period of time, and jumping remains difficult”.

For more, you can check out Goldberg’s article here.