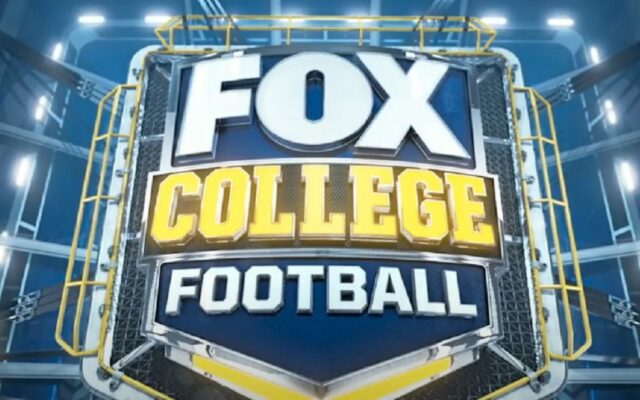 Bob Thompson, former President of Fox Sports Network, gave valuable insight to the shifting landscape in the Pac-12 and collegiate athletics and how television influences the movement.

Bob Thompson is the former President of Fox Sports Network.  An Oregon native and University of Oregon alum, Thompson joined John Canzano’s Bald Faced Truth with unique behind the scenes perspective on how television influences conference realignment, and possible paths forward for the Pac-12 Conference following the defections of USC and UCLA to the Big Ten, effective in 2024.

Thompson on his reaction to the USC and UCLA news:

“It’s not really surprising, these types of movements tend to happen as the existing television contracts come to their end.  We saw it back in 2010 and ’11 with some movement out of the Big 12 to the SEC and from the Big 12 to the Big Ten.  So it’s not surprising that if this was going to happen, it would be happening about now.”

On if television networks have always been steering conference movement:

“I think it’s safe to say that there’s not many conference maneuvers that don’t happen without some input from television.  I don’t want to say that television is driving the bus on the changes, but I guarantee you FOX didn’t find out about this on Thursday morning.”

On the reported “loose partnership” the Pac-12 is eyeing with the ACC, and how that would look.

“That’s a little bit of a problematic scenario, if you ask me. Because in order for these guys to be joined at the hip somehow, someone is going to have to create a new Grant of Rights, correct? So the schools grant their rights to the conferences, and then the conferences compile those rights and then sell them to the networks.  Certainly I think that’s probably one of the reasons why they moved up the media negotiation window for the Pac-12, they can certainly ascertain very quickly – in the next thirty days – whether or not FOX is interested, say those thirty days pass, and if FOX is not interested, they can cut a deal with ESPN.

The ACC side, though, given that their Grant of Rights is ’til 2036, if somehow they open up their Grant of Rights, the possibility there exists that you’re opening up the barn door and a few of the horses are going to run out of the corral.  And so you’ve got to make sure that everybody is committed, so that once those rights do open up, you’re not letting people out, they’ve got to be firmly committed.

I don’t think it’s impossible for that type of an alliance, and certainly it could be very beneficial, because you’re probably not going to have to do quite so much traveling.  Maybe you play a couple of ACC teams a year and the ACC plays a couple of Pac-12 teams a year, but you’re not going back every week, and it probably certainly helps for the non-basketball and (non-) football sports.”

On if a partnership with the ACC or the Big 12 would be better for the Pac-12 Conference, from a media standpoint:

“ACC, without a doubt.  If you put the geography aside, the markets are significantly better.  If you total up all the ACC TV homes in the top forty markets, and you give them New York because Syracuse is there, that’s like 28 million homes.  Big 12 – you know, it’s more like 14 million homes.  So, it’s a big difference.”

On if streaming services will compete with television networks:

“I think for now the streaming services won’t be in a first position.  I think what you probably will see is some of the conferences begin to carve out streaming portions, in fact, ESPN is already doing that with ESPN-Plus, I mean, they have a streaming component with the Big 12, they have a streaming component with the ACC and the SEC, so they’re doing that.  If you’re talking about people like Netflix, Apple TV-Plus, those type of things, I think maybe a piece here and there, but not as a primary carrier.  No MLS-type deal where they’re going to put all of their rights on Apple.”

Thompson spoke more on the Pac-12 Networks future, the next steps for the Pac-12 Conference, how Notre Dame factors in, and why he cares so much about the topic of television and collegiate athletics.  Listen to the full interview below.