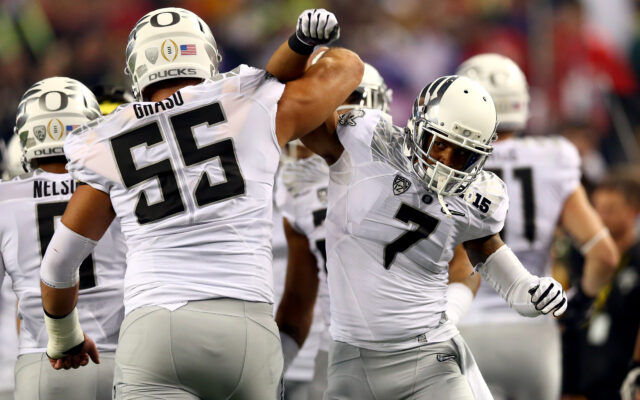 As the San Francisco 49ers continue to battle injuries during the 2020 campaign, former Oregon Duck Hroniss Grasu looks to be a major beneficiary of the 49ers injury bug.

Starting center Ben Garland suffered a calf injury during the fourth quarter of the 49ers’ 24-16 Sunday night victory over the Los Angeles Rams. Grasu came in to replace Garland and finished out the rest of the game, helping San Francisco close it out and secure the important divisional win.

According to head coach Kyle Shanahan, Grasu is expected to get all of the reps, and may be the 49ers guy for awhile.

When I asked Shanahan about 49ers being on their third-string center, he said Ben Garland will be “out for a while” and he anticipates Hroniss Grasu getting all the reps there “until Richburg comes back,” which is Week 12 at the soonest.

It’s bizarre to even type all this

Shanahan went on to say that Garland is likely headed for the short-term injured reserve list, which means he will be out for at least three weeks. Grasu is now expected to start for the 49ers in Week 7 when they face the New England Patriots on Sunday in Foxborough.