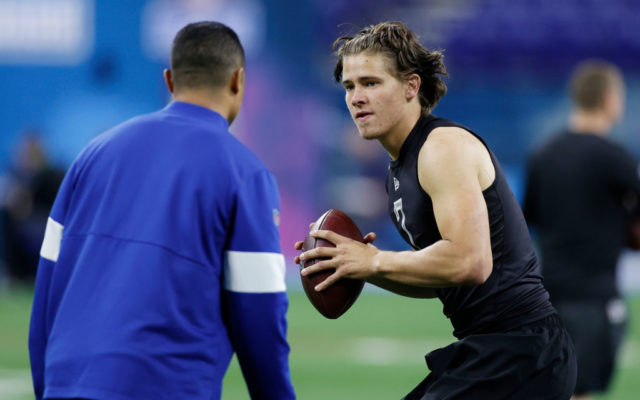 With all the moves going on in the NFL there are still questions to be answered. Some teams may have solved their quarterback question for 2020, but the future at QB beyond 2020 could still be a huge question mark.

I wanted to look at teams I think SHOULD be interested in Justin Herbert as well as the teams that COULD be enticed by the quarterback out of Oregon.

Before we get started, here are the teams I don’t think will be interested in Herbert in the draft because they have (or will draft) a young QB they believe in.

With that out of the way, I’ve broken it down into three categories for Herbert: starting sometime this coming season (2020-21), starting by Week 1 of the following season (2021-22), eventual face of the franchise (three or more seasons away).

There seems to be a little apprehension around the NFL about Justin Herbert’s ability to be a starting quarterback right away. However, that doesn’t mean a team won’t want or expect him to do just that. The four teams who could take Herbert and have him start sometime this year (and their first-round picks) are the Washington Redskins (No. 2), the Miami Dolphins (No. 5 and No. 18, from Pittsburgh), the LA Chargers (No. 6), and the New England Patriots (No. 23).

Honestly, the Redskins and Patriots are the least likely to pick Herbert from this category, but for two totally different reasons. For Washington, they should take Chase Young because he’s probably the best player in the draft. For New England, I don’t think Herbert will get to them at No. 23. Washington has been linked to Tua Tagovailoa, and they have Dwayne Haskins already, so maybe not. The Pats aren’t flush with great options. They have Jarrett Stidham and Cody Kessler on their roster after Tom Brady took off for Tampa.

The Miami Dolphins are likely going to draft Tua Tagovailoa, unless the Skins snag him. So, Herbert likely won’t go to Miami, but if the Dolphins are worried about Tagovailoa’s health, then they could draft a different position at No. 5 and take Herbert if he falls to No. 18. The LA Chargers are the likeliest team to draft Herbert in this group.

After releasing Philip Rivers and failing to coerce Tom Brady to join them, the Chargers are expected to go with Tyrod Taylor for now. I personally like him, but I also don’t think a team will ever win a Super Bowl with Taylor at QB. So, the smart more for Anthony Lynn and the Chargers staff is to say Taylor is the starter, but then draft Herbert anyway. In this scenario, Herbert would take over sometime in 2020 when the season starts to go downhill with Taylor.

This group, and the next one, are probably a bit of a stretch on actually acquiring Herbert, but I think they might make the most sense: the Indianapolis Colts (no first-round pick), Detroit Lions (No. 3), Atlanta Falcons (No. 16), and Minnesota Vikings (No. 22, from Buffalo, and No. 25).

The Indianapolis Colts were a favorite of mine for Herbert, but then they traded the No. 13 pick to San Francisco to get former Oregon stud DeForest Buckner. So, as much as I think Herbert would be perfect for Indy–especially after they signed Philip Rivers to a one-year deal–I just don’t see it happening without a first-round pick.

The Lions could go any way they want at No. 3, including Chase Young if Washington goes with Tua Tagovailoa. Honestly, Detroit could be a great spot for Herbert because he could sit behind Matthew Stafford for the upcoming season, and then take Stafford’s spot the following year. But like I said with the Skins, Detroit would be crazy to pass on Young if he’s available. Yet, in the NFL, it’s always conceivable that a team falls in love with a QB and drafts him despite conventional wisdom.

The Atlanta Falcons may surprise you to be here, but I think they could entertain the idea of drafting Justin Herbert. The Oregon product is a really good prospect despite some people questioning his leadership. Herbert to Atlanta is not one that I’ve heard because Matt Ryan is under contract until 2023. Since Kyle Shanahan left, the Falcons offense has been a disaster. So, I can’t fully blame Ryan and the other offensive players solely, but different offensive coordinator or not, Atlanta has been awful. Of this group of teams, Atlanta is the best bet to get Herbert because they’re in the middle of the draft. If Herbert falls, Atlanta could snatch him up as the eventual Ryan replacement OR if they’re starting to doubt Ryan. I haven’t heard anything that would suggest they want to replace Ryan, but no one saw Andy Reid trading up to draft Patrick Mahomes either, so *shrugs shoulders*.

Finally, the Minnesota Vikings. If they surprise you on this list, you’re not paying attention to them, and honestly I don’t blame you. Minnesota just signed Kirk Cousins to a two-year extension, which runs through the 2022 season. If Herbert plummets down the draft board, I think the Vikings should pounce at No. 22, or package a deal with their two first rounders and move up. I really don’t trust Cousins, and they just traded away Stefon Diggs! So, now I trust him even LESS. To me, if you give Herbert a running back like Dalvin Cook and a wideout like Adam Thielen, I think he’d perform better than Cousins. And if you don’t remember, I’m a Washington State Cougar grad, not a Duck grad. So, I’m not a Herbert-homer. Moving on!

Eventual Face of the Franchise

In the past, I loved the idea of Justin Herbert going to New England to learn behind Tom Brady. Now, I love the idea of him going to Tampa Bay even more to learn behind Brady because of the Bucs head coach. Bruce Arians is a quarterback genius and has worked with Peyton Manning and Ben Roethlisberger, among others, in his past. Herbert to the Bucs is one of my favorite potential landing spots. Herbert could fall to No. 14, and he’d be a great pick to sit behind Brady.

However, before he could fall to Tampa, Herbert would have to get past Las Vegas. The Raiders just signed former Oregon QB Marcus Mariota, which tells me Jon Gruden isn’t sold on Derek Carr anyway, so why not bring in two former Oregon quarterbacks?? The best thing Las Vegas has going for it is two first-round picks. They could trade up for a QB if they wanted to, but I don’t think they should. Herbert beating out Mariota would be bittersweet for Ducks fans, but I could see it happening. Also, I could see the Raiders drafting Herbert, but letting him sit and learn behind either Mariota or Carr until he’s ready in a few years to take over.

New Orleans is bringing back Drew Brees, but the former Super Bowl MVP won’t play forever. The Saints don’t have a lot of leverage or ways of moving, but imagining Herbert learning from Brees gives me more hope for Herbert’s long term career in the NFL. Unless Herbert takes an Aaron Rodgers like drop down in the first round, the Saints probably won’t have a shot at him.

Green Bay potentially looking for a rookie QB might shock you. It shouldn’t. I just mentioned Aaron Rodgers too. Nobody could tell me the Packers wouldn’t pull a Rodgers 2.0, meaning they draft Herbert and then let him sit for three years behind Rodgers. They did that with Brett Favre and Rodgers, so why not with Herbert? Well, the obvious answer is Herbert likely won’t fall to GB at No. 30, and they shouldn’t trade up for him because Rodgers should still be around for 4-5 years. So they should focus on either a better O-line, more weapons or defensive players in round one. Like with New Orleans, the thought of Herbert getting two-three years to learn is exciting to think about for his long-term life in the NFL.

Finally, the Steelers don’t have their first-round pick (No. 18) because they traded for Miami’s Minkah Fitzpatrick during the season last year. That’s a real bummer for the Steelers future because they could have conceivably got Herbert at No. 18. Big Ben isn’t going to play forever, and clearly Mason Rudolph and Devlin Hodges are not the future at QB in the Steel City. Herbert in Pittsburgh could be an excellent fit, but it’ll likely never happen because the Steelers lack a first-round pick.

Justin Herbert is a top 10 talent in the upcoming NFL Draft, but for some reason it feels like he isn’t necessarily going to be picked there. Herbert will be drafted in the first round, that much I believe. I just can’t figure out exactly where. If I was a betting man, I’d put money on the Chargers. However, if the Chargers pass at No. 6, then I’m going with Tampa at No. 14. The Bucs have more needs than backup/eventual starting quarterback, but they have enough offensive weapons for the next year or two for Tom Brady to survive. The only cop out I have left is some team could trade up for Herbert and totally screw up my predictions and ideas I laid out above. Oh well. 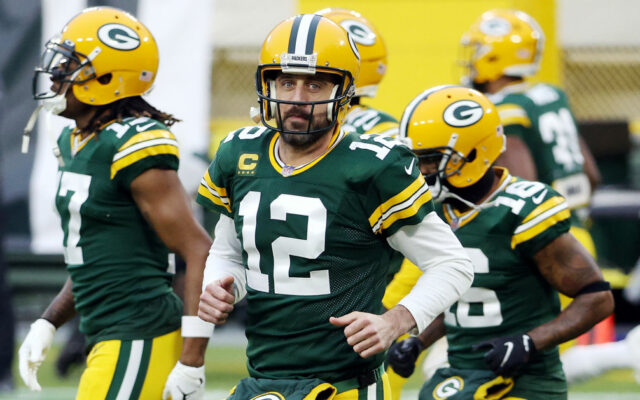 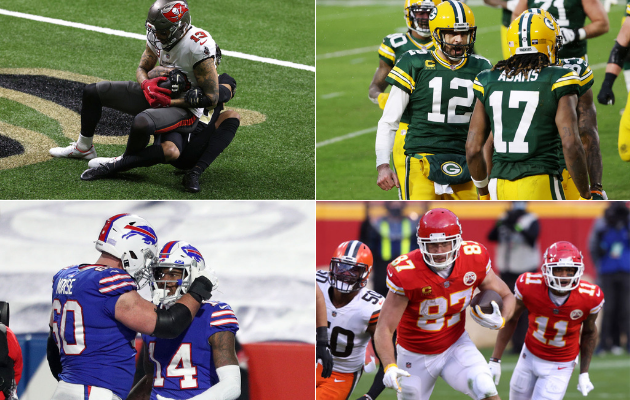 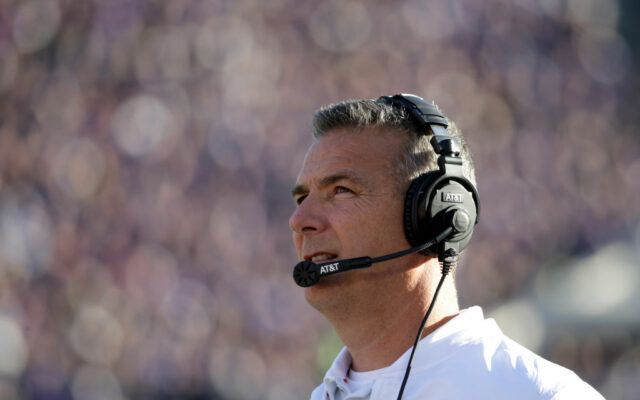 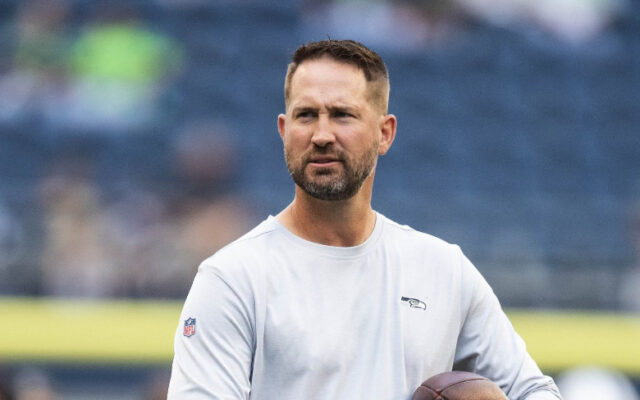 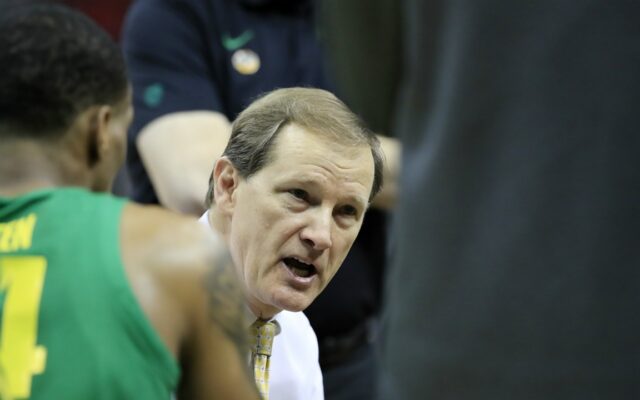