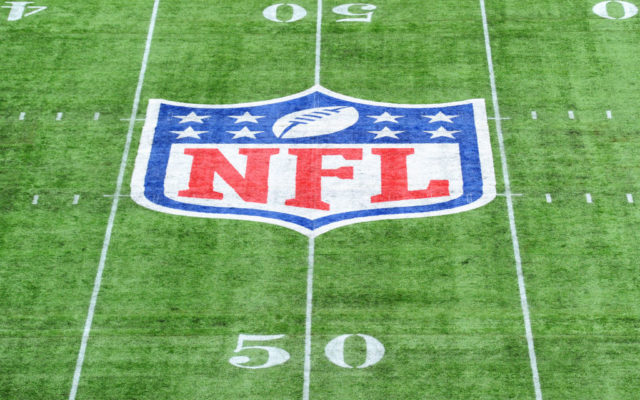 The NFL announced Monday they will release the 2020 regular season schedule on Thursday (May 7) at 5 p.m. PT on NFL Network. The opponents for all 32 teams was released back in December.

Sadly, we won’t get some of the matchups we wish we could get this season like Tom Brady against New England, but there are still a ton of games we can circle on the calendar. Here are five things I’m going to search for when we get the schedule later this week.

First off, I’m not a Patriots’ fan nor do I root for Tom Brady (I’m a Denver Broncos fan), but I really want to see where the NFL puts Brady in his first game with his new team. The NFL will likely try to take advantage of this storyline for ratings and put Brady in one of the four opening weekend national TV games.

The game I want to be the first game for Brady is the opening night Thursday Night Football game against Patrick Mahomes and the Super Bowl Champion Chiefs. We could immediately get an idea on if Brady and the Bucs are ready to compete with the NFL’s elite or if they need more time to mesh. It probably won’t happen because it would mean Kansas City opens their season on the road instead of the customary opening night home game for the Super Bowl Champs.

Tampa is scheduled to face the AFC West and NFC North, so Mahomes and Aaron Rodgers will see Brady in his new threads at some point in 2020. If we don’t get Mahomes vs. Brady on opening night, then I’d want Brady vs. Rodgers on Sunday Night Football in Week 1.

Another disclaimer, I’m no Duck fan, I graduated from Washington State. Anyway, this one is a little more tricky to know. Tyrod Taylor is the starting quarterback for the LA Chargers, we know that because head coach Anthony Lynn has said as much on several occasions. However, Lynn also admitted Taylor isn’t guaranteed the starting job all season.

“…it’s a competition, bro. There’s a competition at every position, not just this one,” Lynn told Sports Illustrated’s Albert Breer. “I can’t just say Tyrod’s gonna be the starting quarterback for the whole year if this young man goes in there and wins the job.”

So, Lynn is open to the idea that Justin Herbert could start at some point in 2020. If Herbert gets the nod from the LA head coach in the offseason, I’d be surprised. It’s not because he can’t earn the job, but more because we may not get a legitimate NFL offseason program for Herbert to really show his stuff.

Let’s assume Taylor wins the job before Week 1. If the Chargers start the season poorly in the first 5-to-7 games, I could see Herbert getting the chance to start. After the struggle, the next factor is WHO the Chargers play in a potential first game for the former Duck. Sometimes you see teams let a rookie/young QB have an “easier” opponent for their rookie to play.

LA plays the NFC South and the AFC East in 2020. Look for Week 5, Week 6 and Week 7 for a potential “easy” first opponent that Herbert could play against for his first start. I would say if the Miami Dolphins, New York Jets, Cincinnati Bengals or Jacksonville Jaguars are in those three weeks, you could see Herbert start his first NFL game there. Again, this is all dependent on how Taylor and Herbert perform in practice and if Taylor is struggling in games.

How does Seattle’s Schedule Break?

Last year, Seattle got a favorable schedule in terms of home and away games; the Seahawks had just one two-week period of back-to-back road regular season games. Could they possibly get that kind of luck again? Sure, but I don’t expect it to happen a second time.

Seattle will face both the NFC and AFC East, along with the Atlanta Falcons and Minnesota Vikings. The AFC East is less formidable without Tom Brady, and the NFC East is extremely difficult to predict year-to-year so I think the hardest thing on Seattle’s schedule is the rest of the NFC West.

Last season, the Hawks split each divisional matchup. In the first 10 games of 2019, they beat Arizona in Glendale, the 49ers in San Francisco and the Rams in Seattle. Then, they lost three of their last four games of the season including in LA to the Rams, and in Seattle against the Cardinals and Niners. The only other losses Seattle had in 2019 were against New Orleans and Baltimore, two division winning teams last season.

So, bottom line, Seattle will need to take advantage of a lesser schedule (AFC and NFC East) so they can afford to go 3-3 (or  worse) in the division. In other words, what week and where the Seahawks play their divisional foes is what I’m most interested in for 2020.

The Green Bay Packers drafted Aaron Rodgers potential replacement (Utah State’s Jordan Love) in the first round of the 2020 NFL Draft. Many experts expect Rodgers to play with a little extra fire this upcoming season. So, I want to see when the NFC Championship Game rematch is going to happen.

The game will be played in San Francisco, just like the title game. Rodgers was sacked three times, fumbled three times (lost one) and threw two interceptions in the 37-20 loss in January. If Green Bay beats the 49ers in the regular season it obviously won’t mean more than winning the NFC Championship. But it would mean the Packers get the tiebreaker over SF when it comes to NFC Playoff seeding (assuming both teams are good enough to make the postseason).

Honestly, watching Rodgers at all in 2020 should be fun because he’s out to prove that he’s no where close to handing the keys over to Jordan Love.

Whoever plays the Las Vegas Raiders in their first game will be a trivia answer forever. I would guess (assume) the NFL would like the Raiders to open the season in primetime at home so their new stadium can get shown off to the nation immediately. The Raiders have played on Monday Night Football in Week 1 the last two years, why not make it three?

This actually ties back to my first header. Las Vegas plays Tampa Bay this season in Vegas. Tom Brady and the Bucs against Jon Gruden and the newly-minted Las Vegas Raiders on Monday Night? I’m all in for that. However, NBC may want that matchup for Sunday Night Football too. So, I think that would be smart for the NFL to put this game in primetime, specifically in Week 1.

OR my other suggestion would be the New Orleans Saints in Vegas to play the Raiders in Week 1 on MNF or SNF. Either way, I’d watch.

I don’t expect the NFL to listen to me, but if they do I’d be very appreciative.