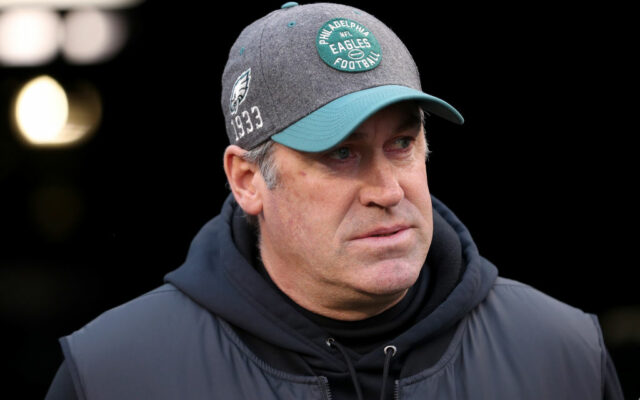 Less than three years removed from a Super Bowl championship, Doug Pederson is out in Philadelphia.

In a season that the Eagles underperformed in nearly every category — including their record 4-11-1 — this result isn’t actually that surprising.

Pederson refused to start 2020 second-round pick Jalen Hurts until incumbent starting QB Carson Wentz gave him no choice. Then, with Hurts, the Eagles nearly played themselves into a playoff spot.

However, Philadelphia went into Week 17 as the only NFC East team without a chance to win the division. To make matters worse, in that Week 17 loss to Washington, Pederson pulled Hurts for Nate Sudfeld, a player who hadn’t taken a snap since 2018 (!!).

Pederson claimed he was trying to win, which no one in the NFL world believed. Clearly, the Eagles didn’t believe in Pederson anymore.

He and Nick Foles will always be the guys that brought Philadelphia they’re first Super Bowl championship, but now it’s just a memory as both guys will be elsewhere in 2021.

Former Eagles’ HC Doug Pederson has a strong relationship with Jets’ GM Joe Douglas, which could put one more HC candidate in play for the NYJ.