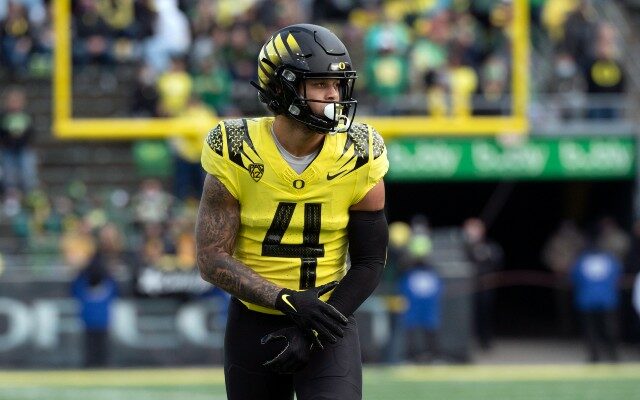 Always will have love and respect for the University Of Oregon and @coach_cristobal giving me a opportunity only a kid could dream of. Great leader and coach #goducks https://t.co/Wr0SsNYioF

My message to Oregon. I really do love y’all and want to thank everyone for the support the past 2 and a half years. pic.twitter.com/lk6stkRb48

Pittman, whose older brother Michael is shining in his second NFL season with the Indianapolis Colts, came to Eugene in 2019 as a highly-touted prospect.  In two-plus seasons, he totaled 38 receptions for 547 yards (14.4 yards/rec) and two touchdowns, both scored during his freshman year.  His 12 catches this season were seventh on the team.

Without Pittman, Oregon will turn to Johnny Johnson III, Devon Williams, Jaylon Redd, Kris Hutson and Troy Franklin as the main targets at wide receiver, with Travis Dye helping out of the backfield and Terrance Ferguson, Spencer Webb and Moliki Matavao impacting the pass game at tight end.