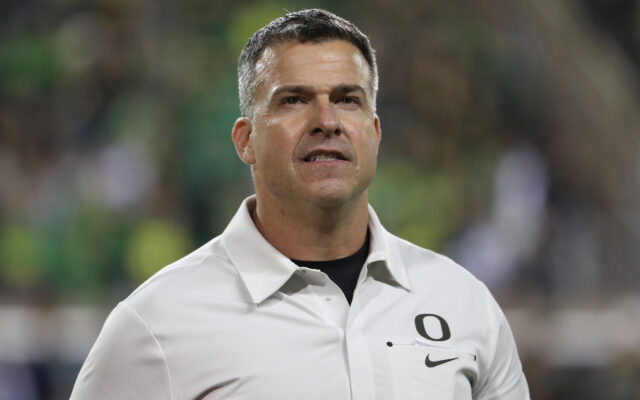 It’s finally game week in the Pac-12, as the Oregon Ducks gear up for their opener against Stanford this Saturday on ABC.

Mario Cristobal released the Ducks’ official depth chart on Monday, listing both Tyler Shough and transfer Anthony Brown as their starting quarterback. Cristobal commented on it saying that there was “no value to a team giving up every detail of what they are doing” when playing game 1, the opening game of the season. He went on to say that he respectful declines to to give out information regarding who will be starting at quarterback for the Ducks on Saturday, as he would rather let their opponent figure that out.

While there is uncertainty regarding who will get the start, the overall speculation is that Tyler Shough will end up getting the start. Matt Prehm of 247 Sports joined John Canzano on the BFT radio show last week and discussed some of his conversations with Mario Cristobal, which all point to Shough being the guy this Saturday in their opener with Stanford.

Regardless of who is on the field this weekend for Oregon, the Ducks are currently 10-point favorites at home against the Cardinal according to BetMGM.