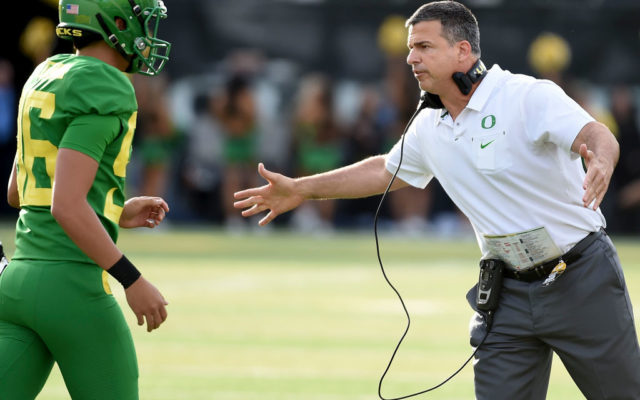 Heading into the off-season, the Ducks needed to address the wide receiver and tight end positions. Mario Cristobal and his staff have done just that so far, adding five pass-catching prospects to their 2021 recruiting class.

The latest commitment from Under Armour All-American wide receiver Isaiah Brevard, helped Oregon jump ahead of USC as the number one recruiting class in the Pac-12. Brevard chose Oregon over offers from Florida State, Georgia, Penn State, Texas A&M and others.

Prior to Mario Cristobal becoming head coach, Oregon football had never had the Pac-12 Conference’s No. 1 recruiting class. The Ducks accomplished that feat in 2019 and 2020 and have the No. 1 class again in 2021 (so far). Unbelievable! pic.twitter.com/2tqTIOakDC

Cristobal and his staff are doing things that have never been done in Eugene. The talent that continues to pour into the program, has Oregon in a position to contend for Pac-12 titles and the CFB Playoff year after year.