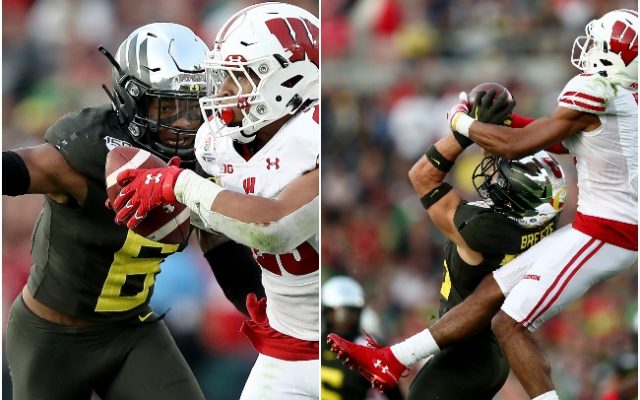 The top outside cornerback for the Oregon Ducks will not be leaving for the NFL after all.

#Oregon‘s terrific cornerback Deommodore Lenoir announces that he is opting back in and returning to the Ducks for the 2020 season. I’m hearing that the Ducks are also expecting more good news on the roster front soon as well.

On Monday morning, Lenoir announced he would be coming back to play for the Ducks in the 2020 season after previously declaring for the NFL Draft last month.

Lenoir racked up 47 tackles (2.5 for loss), seven pass breakups, an interception, one forced fumble and a fumble recovery during the 2019-20 season.

Pro Football Focus ranked Lenoir (5′ 11″, 203 lbs) as the No. 30 returning cornerback in the nation. He is credited with the second most career forced incompletions in the draft class.

Fellow cornerback Thomas Graham Jr. also declared for the NFL last month, as did Jevon Holland, Penei Sewell and most recently, Brady Breeze. Lenoir is the first Oregon player to opt back in to playing the 2020 season.

On the same morning, local Central Catholic star and hero from the 2020 Rose Bowl game, Brady Breeze declared for the the 2021 NFL Draft.

Thank you for making my dream a reality 🙏 pic.twitter.com/Zjzj3aqw0v