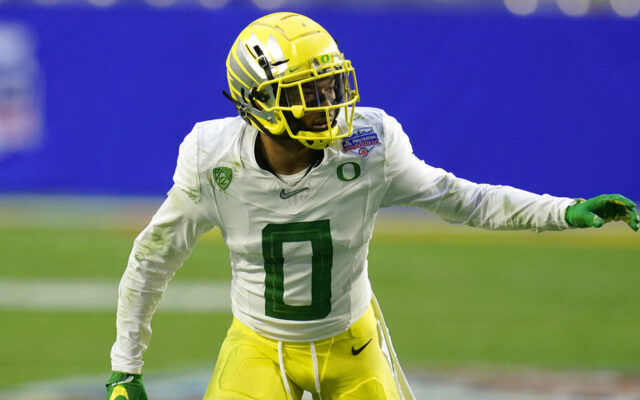 The Oregon Ducks have a third member off the board. San Francisco selected Deommodore Lenoir with the 28th pick in the fifth round (No. 172 overall) in the 2021 NFL Draft.

Lenoir was all over the place with the Ducks in four years. He collected 154 total tackles (111 solo), 27 passes defensed, six interceptions and two forced fumbles including one recovery in his college career.

Also, Lenoir made 34 consecutive starts with Oregon. After initially opting out for 2020, he did play in all seven games for the Ducks.

Lenoir follows Penei Sewell (No. 7) and Jevon Holland (No. 36) as Oregon players picked in the 2021 NFL Draft.