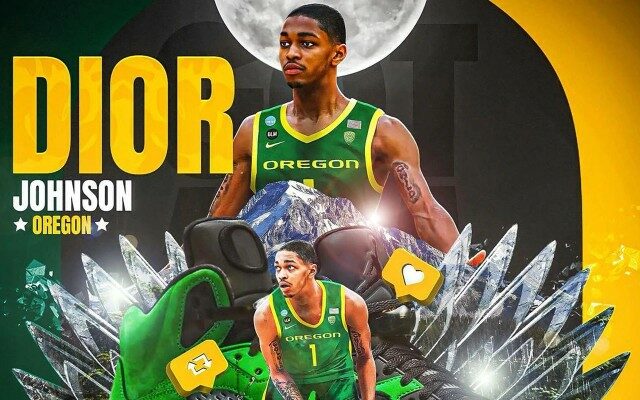 The Oregon Ducks reeled in another top prospect for the 2022 class, as Dior Johnson, the nation’s top-rated point guard prospect, has committed to the Oregon Ducks.

Johnson, who recently decommitted from Syracuse, was supposed to announce his decision on Friday, but said he couldn’t wait and made his commitment to Oregon official on Tuesday.

“I decided to commit to Oregon because of the great relationships I have built with the coaching staff,” Johnson said. “Coach Crutchfield and Coach Altman welcomed me with open arms from day one. We were able to get on the same page quickly as they have built a great plan for me to succeed.”

Johnson reportedly also had a $1.2 million offer to play overseas in Australia, but nonetheless committed to Oregon.