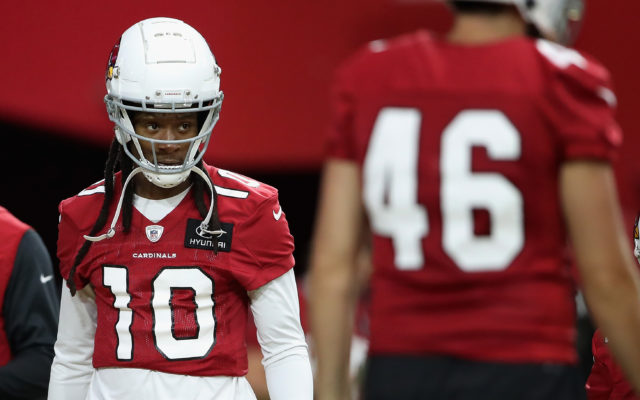 On Tuesday morning, the Arizona Cardinals and wide receiver DeAndre Hopkins came to terms on a 2-year extension, making Hopkins the highest paid non-QB in the history of the NFL. The contract extension is reportedly worth $54.5M in new money,  $27.25M per year.

From NFL Now: The #AZCardinals and WR DeAndre Hopkins finalized a deal, right in time for the season. pic.twitter.com/OPQ33UncsG

Hopkins has been spectacular in his last three seasons while with the Houston Texans. The Arizona Cardinals hope that he can continue these impressive numbers with second year quarterback Kyler Murray tossing the rock.

The Cardinals and WR DeAndre Hopkins have agreed to an extension that will make him the 4th-highest paid receiver in AAV over the next five seasons ($18.8M).

Over the last 3 seasons, Hopkins is the only player in the top 3 in the NFL in rec, rec yards and rec TD. pic.twitter.com/mou2ElRvkW