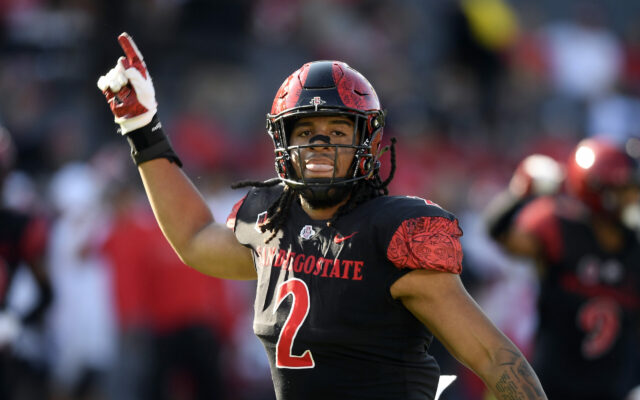 Dan Patrick reported on his Monday radio show (Weekdays 6-9 a.m. on 750 The GAME) that the Pac-12 Conference will indeed expand, and San Diego State will become its newest member.

It was a quick bit, but Patrick cited a source who said the announcement could come this week that San Diego State will be joining the Pac-12.

“It looks like San Diego State is going to go to the Pac-12”, Patrick said.  “That is expected, at least according to my source, to be announced this week.”

Source: San Diego State is expected to join the Pac 12. Announcement could be made as early as this week. #SDSU #Aztecs pic.twitter.com/o1n6YkTLKN

Patrick referenced the move with his guests on Monday’s show, including Ross Tucker, who calls college football games as a radio and television analyst.

“That would not surprise me.” Tucker said.  “After the Padres, they’re the second-biggest thing in town.  They got a brand new stadium.  San Diego is an awesome city.  If you’re the Pac-12 and you’re looking to add, San Diego State is a pretty obvious add.”

Patrick also broached the Pac-12’s expansion and San Diego State’s possible move with Paul Finebaum, who said the Pac-12 may still have to play some defense from other conferences before expanding themselves.

John Canzano, host of The Bald Faced Truth with John Canzano on 750 The Game, said on Twitter a move by SDSU to the Pac-12 may not be as quick as Patrick suggests.

Timing on possible SDSU to Pac-12 news feels premature by several weeks. Involved parties whispering to me that nothing has changed from when I inquired last week.

You can read more of Canzano’s thoughts on the possible move by the Aztecs, and what the current landscape is for the Pac-12, here, and catch the BFT live on 750-AM today and streaming here on 750TheGame.com.