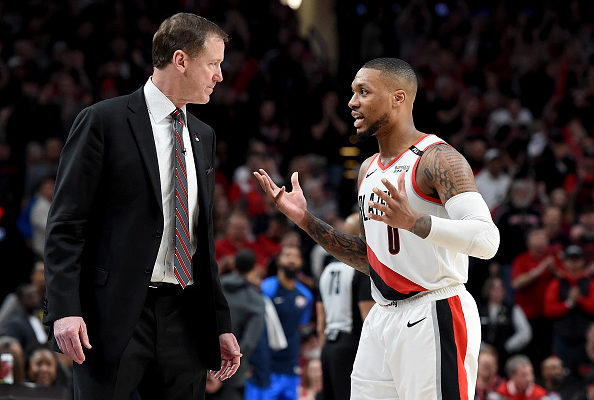 Coach Stotts says Lillard, who is sitting out today, did have an x-ray on his left foot. The x-rays came back negative. The inflammation on Lillard’s foot is at the bottom of his foot. Stotts expects Lillard to play in the team’s final scrimmage on Tuesday.

Chris Haynes of Yahoo Sports initially reported that Lillard was getting Sunday off, but it looks like it’s not that simple. However, it’s also not serious as Hudson’s tweet above mentions Stotts expects Lillard to play against OKC on Tuesday.

After playing the Thunder, the Blazers eight-game play-in opportunity begins on Friday against Memphis.

On Thursday against Indiana, the Blazers played several players, including Lillard, for 20 of the possible 40 minutes.