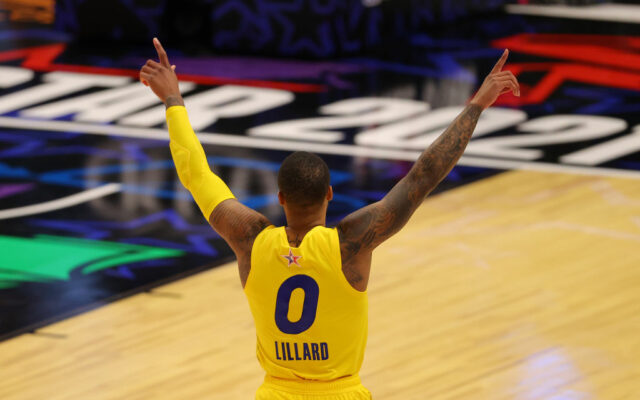 The Portland Trail Blazers were well-represented on All-Star Sunday, but Damian Lillard saved the best for last.

Despite the fireworks show, Giannis Antetokounmpo won All-Star Game Kobe Bryant MVP Award. Now, he did go 16/16 from the floor, including 3/3 from three, so I guess I get it.

Lillard finished with 32 points, which is both a career-high for him in the ASG and a record for a Trail Blazers player in the game.

Part of Dame’s 32 was the shot that ended the game.

Dame’s 8TH three of the #NBAAllStar Game WINS it for #TeamLeBron! pic.twitter.com/9ZdsurzZBQ

Steph started waving goodbye before Dame even pulled up for the win 😳#NBAAllStar pic.twitter.com/HhgmKhdCak

Even Paul George admitted that his criticism of Lillard a few years ago was misguided. Respect, PG.

I asked Paul George about the range in today’s NBA.

PG: “Well I guess i was criticized for the right reason for calling Dame’s shot in the playoffs a bad shot. I mean I see this guy’s range is crazy.”

Team LeBron won all four quarters, which translated to $1.25 million for the Thurgood Marshall College Fund. Team Durant was still given $500,000 for the United Negro College Fund.

LeBron James is now 4-0 as an All-Star captain since the NBA changed the format for how the All-Star game teams are selected.