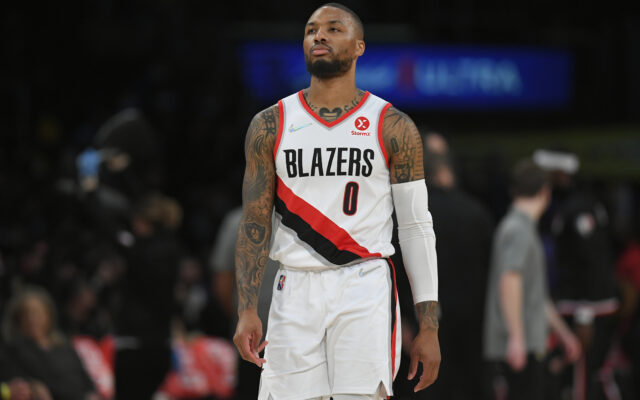 Damian Lillard has agreed to a two-year extension with the Portland Trail Blazers worth $122 Million, multiple outlets report.

The extension ties the six-time all-star to Portland through the 2026-27 season.  Dame was previously under contract through 2024-25.

ESPN reports Lillard is expected to sign the deal on Saturday in Las Vegas, where he is attending Summer League action.

Lillard missed most of last season with an abdominal injury that required surgery.  He played in 29 games last season, shooting a career-worst 40% from the floor, averaging 24 points and 7.3 assists a game.