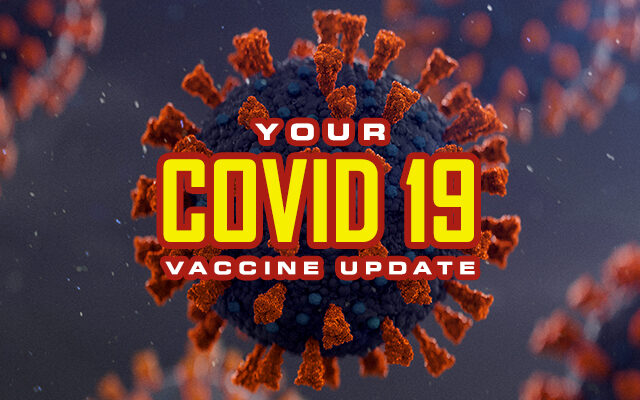 Everyone 16 and older is now eligible for the vaccine.  Oregon did so on Monday and Washington last week.

The Johnson and Johnson vaccine is still on pause due to concerns of blood clots.  85,000 Johnson & Johnson doses were administered in Oregon and 149,000 in Washington before last week’s pause.  A decision on its future is expected on Friday.

Oregon has crossed the 1 million mark of those fully vaccinated.  Over 2.6 million doses have been administered in the state.  Salem Health‘s mass vaccination site at the Oregon State Fairgrounds reopens Tuesday from 8am to 5pm.  Shots are also being offered at the Oregon Convention Center, Portland Airport and Hillsboro Stadium.  Click here for more information on OHSU’s clinics.  To get an appointment, you’ll need to register at getvaccinated.oregon.gov.