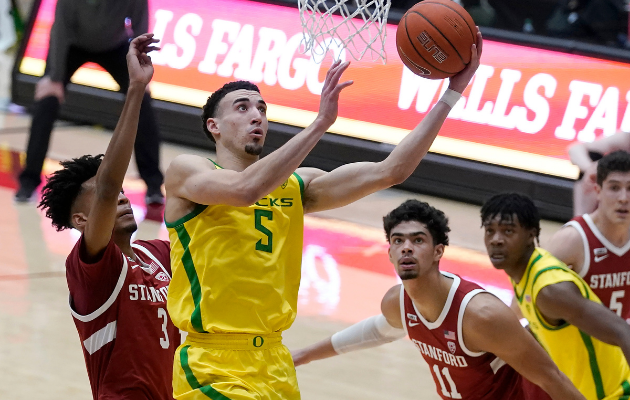 After two seasons in Eugene, Chris Duarte is heading to the NBA, the senior announced on Sunday night.

Last season, Duarte led the Ducks in scoring with 17.1 points per game. He also snagged 4.6 rebounds, dished 2.7 assists and averaged 1.9 steals per game.

Duarte’s consistency and impressive play helped him win the 2021 Jerry West Shooting Guard of the Year award. He was one of just two players to shoot 50 percent from the floor while averaging at least 17 points and 1.9 steals per game. Duarte was the only player from a major conference to meet those criteria.