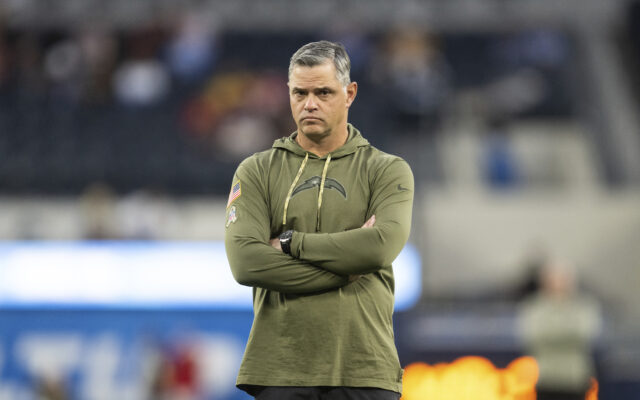 Changes were expected to head coach Brandon Staley’s staff following  a shocking loss on Saturday in a wild-card playoff game in which the Chargers gave up a 27-point lead to lose to the Jacksonville Jaguars 31-30.

The Chargers held a 27-0 lead in the second quarter but scored only three more points the remainder of the game.

After posting the third-best total quarterback ranking in his second season (behind Tom Brady and Aaron Rodgers), Herbert dipped to 11th in the NFL this season. A year after passing for 38 touchdowns Herbert this season passed for 25.