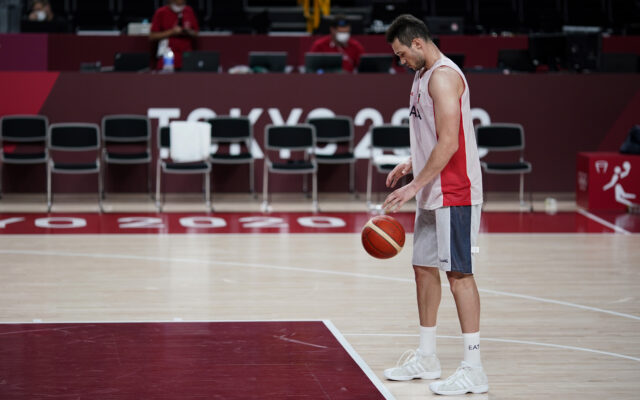 Boston Celtics forward Danilo Gallinari suffered a torn ACL in his left knee while playing for the Italian national team, an injury that could cause him to miss the entire upcoming NBA season.

Gallinari previously tore the same ACL in April 2013 and missed the entire 2013-14 season after undergoing a pair of surgeries.

The 34-year-old was injured Saturday during a FIBA World Cup qualifying game against Georgia. He grabbed his left knee after a bounce pass in the lane before limping to the sideline.

The Italian team had announced that Gallinari suffered a torn meniscus.

Gallinari signed a two-year, $13.2 million contract with the Celtics last month. The veteran forward, who averaged 11.7 points and shot 38.1% from 3-point range across 66 games for the Hawks last season, was brought in – along with Malcom Brogden – to strengthen the Celtics’ depth and give them some additional offensive punch.