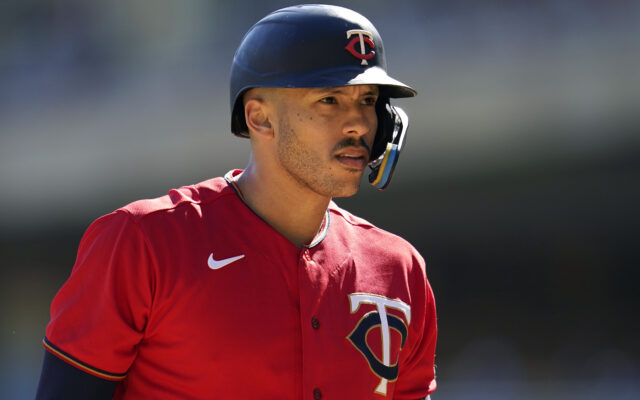 Star shortstop Carlos Correa and the Minnesota Twins are finalizing a six-year, $200 million contract, pending another physical, after weeks of conversation to save a deal with the New York Mets broke down.

It’s been a wild offseason for Correa, who originally agreed to a 13 year/$350 million contract with the San Francisco Giants after the team failed in their pursuit of Yankees star Aaron Judge. But the team had issues with Correa’s physical, raising concerns about his surgically repaired right knee.

Correa’s agent Scott Boras immediately opened negotiations with the Mets, and the two sides agreed to a 12-year, $315 million contract. But New York had the same issues with his physical and could not come to an agreement.

So, bereft of options, the 28 year old Correa potentially returns to Minnesota – where he hit .291/.366/.467 with 22 home runs and played high-level defense. But he will need to pass a physical, which has proved challenging so far this winter.