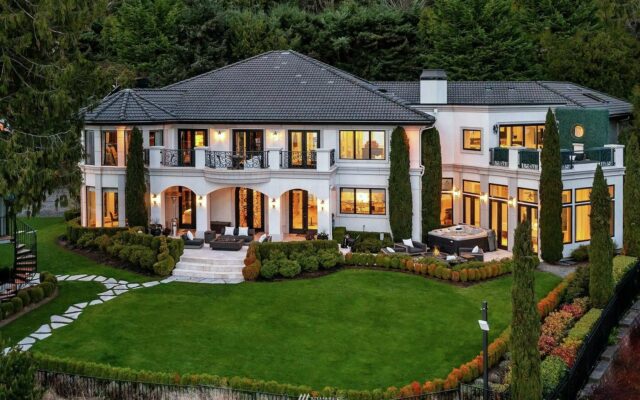 Russell Wilson and his wife, Ciara, recently closed on a $25 million home in the Denver area. Columnist John Canzano wrote about the fascination we have with celebrity homes.

The five-acre property has four bedrooms, a nine-car garage and a 2,590-square foot pool house. It made big news. Our culture is certifiably captivated by peeking into the lives of the rich and famous.

From the Canzano column:

The $25 million Denver purchase is a record for the area. I have to believe it’s a tricky re-sale market in that price range. The whole thing reminds me of the hidden challenge that a line of ex-Trail Blazers’ players faced over the years. They arrive in Portland to play basketball and buy a multi-million dollar home near the practice facility. When they leave they’re faced with the struggle to find a buyer at a price point few can afford.

Scottie Pippen and his then-wife, Larsa, bought a home in the suburbs of Portland in 2000 for $4 million. It had 18,700-square feet of living space, an indoor sport court, a media room and a pool. Seven years later, they sold the place at a loss.