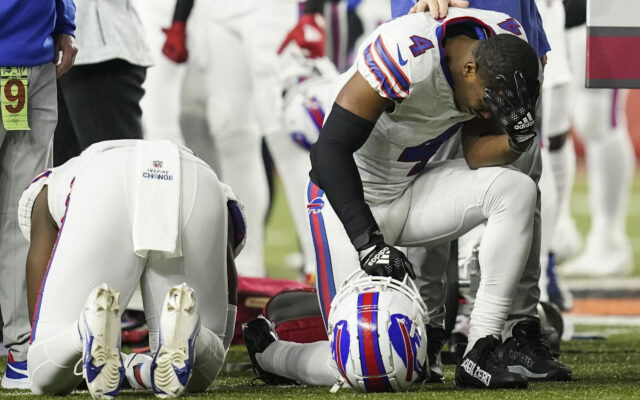 John Canzano, host of The Bald Faced Truth with John Canzano on 750 The Game, penned a column on JohnCanzano.com reacting to the terrible turn from Monday Night’s contest between the Bills and Bengals.  Buffalo safety Damar Hamlin collapsed after suffering cardiac arrest following a first quarter tackle on Cincinnati’s Tee Higgins.  Hamlin was administered CPR and transported to University of Cincinnati Medical Center where he remains in critical condition as of Tuesday morning.

“I cringed when one of the MNF broadcasters declared that the game had ‘now become secondary’,” Canzano wrote as part of his reaction.  “A football game doesn’t suddenly become secondary. It is secondary. It always was. The league was out of touch and acted too slow to postpone the game.”

“Twitter, Facebook and Instagram can sometimes be cesspools. But they weren’t on Monday night. What I found, particularly on Twitter, was mostly heartwarming and redeeming. Users were passing along vital information from reporters in the stadium, offering prayers, reminding each other of what is important, and humanizing Hamlin.”

For the full column, visit JohnCanzano.com here, and tune in to John on The BFT for more updates and to continue to find perspective amid the challenging situation.