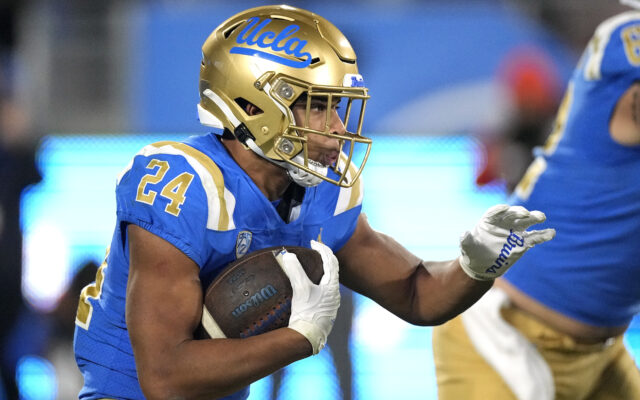 In his latest column at JohnCanzano.com, John Canzano wrote about the uncertainty surrounding UCLA’s potential departure to the Big 10.

UCLA certainly has financial incentive to make the move:

The Bruins athletic department lost $65 million in 2021. About $40 million of that had to do with the pandemic. Oregon State ran at a deficit of $35 million in the same year and the University of Oregon was upside down by $65 million. If moving to the Big Ten is the only way to save the UCLA athletic department and keep Olympic sports from going under, it’s a no brainer.

Said one of the 10 remaining Pac-12 ADs: “Every one of us would have at least strongly considered it.”

Let’s be fair to UCLA.

However, Canzano writes, it doesn’t appear as though UCLA did a thorough job surveying their student-athletes:

• Only 42 total athletes in men’s and women’s sports that would be heavily impacted by the move to the Big Ten answered the survey. That included one men’s basketball player, zero baseball players, four football players and two men’s soccer players.

• Only 35 percent of the 111 respondents thought the move to the Big Ten was a “good idea.” Another seven percent thought it was a “bad idea.” The other 58 percent answered that they had “no opinion” or “need more information.”

• Among those who responded, 77 percent included “increased travel times” among their concerns. Another 66 percent noted “missed class times.”

I’m glad UCLA asked its athletes. I’m not surprised that the majority of college kids didn’t bother to respond. Like you and I, they heard in June that UCLA was gone to the Big Ten. Also, some of them won’t have eligibility beyond 2024.

Said one UCLA source: “Kids live in the now, not two years from now. It went to their email. Some responded, most didn’t.”

The UC Regents are meeting this week to discuss the move. Don’t be surprised if financial penalties make the Bruins think twice about leaving the conference.

Find the entire column at here.