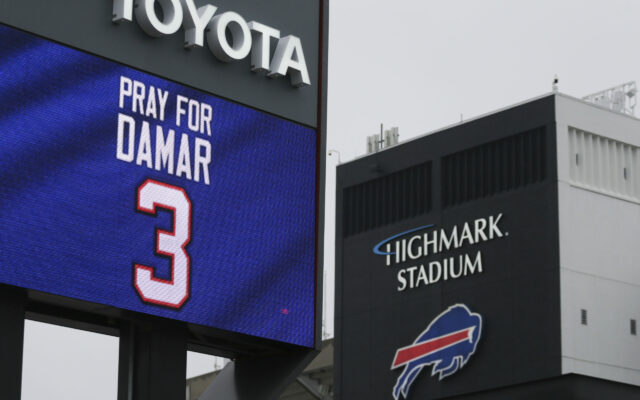 Damar Hamlin spent last night in the intensive care unit and remains there today in critical condition at the University of Cincinnati Medical Center.

We are grateful and thankful for the outpouring of support we have received thus far.

The NFL announced the suspended Bills-Bengals contest will not be made up any time this week.  There also have not been any decisions or changes made to the upcoming NFL Week 18 schedule.

Friend and business partner, Jordon Rooney, spoke with NFL Network’s Cameron Wolfe and said that things are moving in a positive direction but there is still a lot of work to be done as there is no timetable for a recovery.